The Great Debate: Why are our Fish Turning Blue? 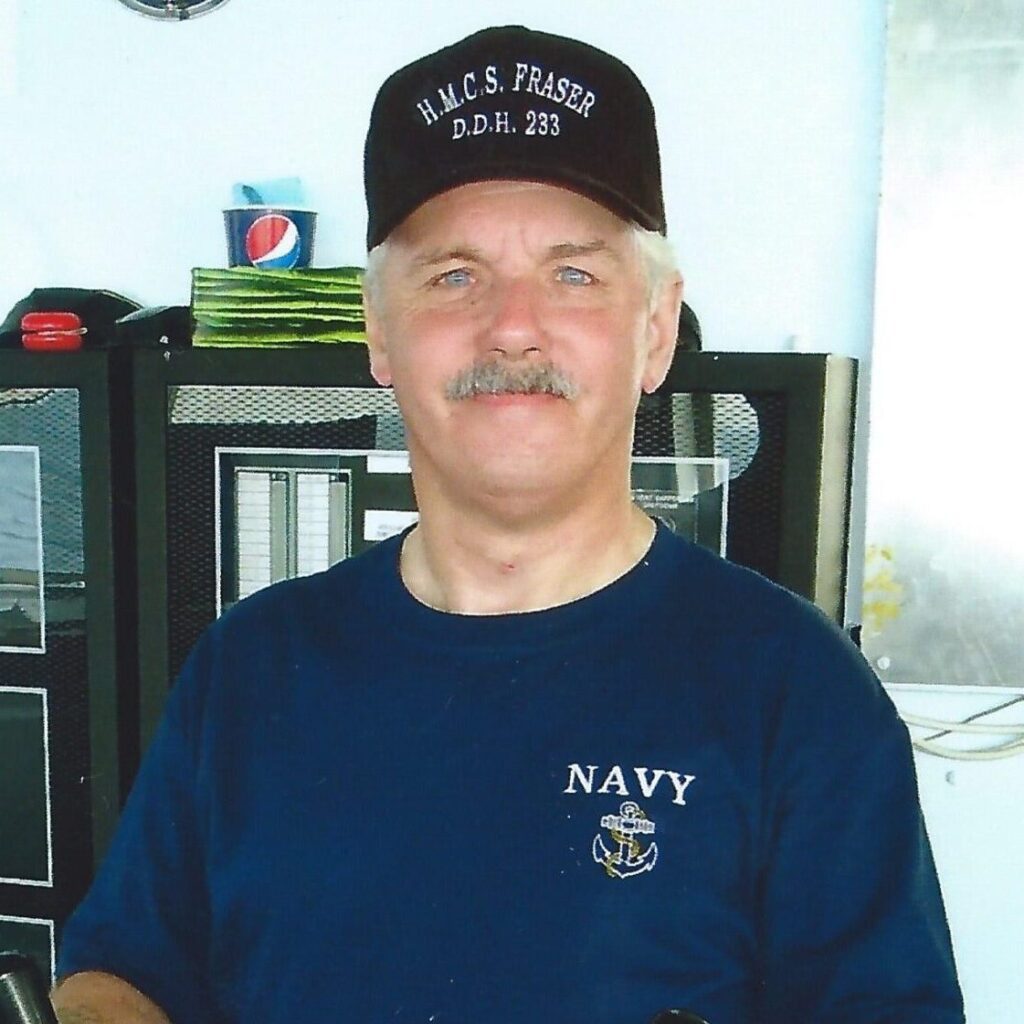 Like so many others, I enjoy a good debate. Not a knockdown, drag-out argument but a good healthy debate. Weighing the issues with rational and logical company can be greatly beneficial to all involved, leading to a better understanding of the topic at hand.

The angling world is no stranger when it comes to hashing out personal opinions on just about everything that swims. Ichthyology, a branch of zoology devoted to studying fish, has befuddled many individuals over the years and has, in turn, given rise to several inaccurate ideas and conclusions.

Take, for example, the Blue Walleye and the Neon Pike. These two specimens, like all technicolour fish mentioned in previous Fish’n Canada articles, appear to have an environmental similarity that may help explain their strange colouration – water quality.

Oddities began popping up at the remote Pasha Lake Cabins north of Thunder Bay. Anglers were rigging minnows on what appeared to be a deep break or drop off when a dark fish was taken up in their landing net. It had all the appearances of a Walleye but the coloration was somewhat different. They were amazed to see the Walleye was blue gray with hints of iridescent green twinkling in the evening sun.

Returning to camp, they discussed their recent catch with Pasha Lake Cabins owner Chad Thompson. He stated that several of his guests have landed blue Walleye in Northwind Lake. This discovery piqued their curiosity, so the next day they decided to head out to Northwind.

As evening approached, they cruised around in their boat while marking a few reefs in 16 – 22 feet of water. Waypoints were recorded and lines were cast. The fish were hungry and within minutes they boated two blue Walleye.

Further investigation revealed that these fish were currently suspected to be some sort of subspecies of Walleye, according to Ichthyologist reports. Over the years, D.N.A has been preserved and perhaps that will give us some insight into the mystery.

In 1993, the M.N.R.F. received a report from fishermen that Blue Walleye were being caught from Spotted Lake, a portage lake off Esnagami Lake near Nakina, Ontario. Out of 75 fish caught, 6 or 7 of them were blue – right through to the meat! This in itself is quite telling.

After much debate over the cause of this strange phenomenon and even speculations of the resurgence of a thought-to-be extinct species, a local biologist finally settled the score. Though the now-extinct Blue Walleye (Sander vitreus glaucus) may have indeed called these waters home at some point, the North Bay biologist confirmed that these oddly coloured specimens were unfortunately not the fabled subspecies. Rather, these regular old Walleye had received their unique colours from the high acidity of the water, turning them blue as a result of a build-up of bacteria that thrive in these acidic conditions.

This explanation would typically line up, as the pH, or the level of acidity in a lake, varies greatly from one area to another. It can vary so much, in fact, that vastly different pH levels can be found within individual water bodies depending on factors such as depth and temperature.

These anglers, however, caught all of their Walleye from the same spot, a deep hole at the north end of the lake. Now more questions begin to arise: How can approximately 10% of the walleye be affected by the acidity, and or the bacteria of the lake water, when they seem to live in similar conditions?  Why were some Walleye yellow and some blue? Why did they not catch a 50/50 ratio in total? More specifically, why were these fish not all blue?

Here is another conundrum worth examining. Why did these anglers get a so-called “blue gooey substance” or slime on their hands when handling some walleye but not others?

Is it reasonable to assume that some of these Blue Walleye are indeed regular Walleye with prehistoric bacteria inhabiting their skin, while others are considered to be this Blue Walleye strain we are now debating?

These bluish phenomena are appearing quite regularly all over Ontario. Depending on the acidic quality of the water, they can range from opaque to dark blue. Similar questions could most assuredly be applied to the enigma surrounding the Neon Pike. By comparison, the colour difference between these two species is astounding.

Walleye aren’t the only fish species to have color variations. Recent reports of a Neon Pike that Rand Straker caught from Great Slave Lake in the Northwest Territories have confounded even some of the most astute scientists. It should be noted, mining has been going on in this area for decades, which may account for the odd coloration. Acidic tailings and wastewater leaching into the watershed should be of grave concern.

There are, however, other speculative theories worth investigating. Back in the year 1978, a Soviet Russia Satellite equipped with an onboard nuclear reactor fell from orbit, and disintegrated, strewing several pieces throughout the lake. Canadian and American officials were able to recover most of the wreckage, but some individuals believe that radiation may continue to affect aquatic life forms in Great Slave Lake. Inquisitive minds have also professed that some fish may have been affected by the radiation that emanated from the nuclear disaster in Fukushima, Japan. The two issues proposed may sound far-fetched but the more ideas we have coming across my debate venue, the more accurate the synopsis.

We are not quite out of the woods with these strange creatures and scientific idealism. Stepping into the limelight is the Blue Perch. That’s right, this is getting downright creepy. A chemist’s nightmare of astronomical proportions. Are the strange, aquatic, gill-bearing animals a creation of a Mad Scientist or laboratory malfunction?

Rest assured, reasoning, and common sense have a way of bringing it all into context. After all, it has been said, “Confusion occurs when people pursue a habitually difficult answer to a profusely simple question.”

Ice anglers in Minnesota caught four Yellow Perch that were not yellow by any means. The fish were bright with an iridescent glow. Blue Perch were also caught in Lake Mille Lacs. Others came from Lake Winnibigoshish and another came from Big Lake in Beltrami County.

Nothing concerning the coloration alludes to them being unsafe to consume nor did they contain any harmful contaminants. The blue colouring is not reported to be any type of mutation because of D.N.A. testing indicates normal yellow Walleye and Perch. Doctor Schaefer also observed, “These Blue Walleye were originating from some of the cleanest waters in Canada. It is not the result of environmental toxicity, but it is likely a result of environmental change.”

He did not rule out the fact that Blue Perch has always existed and is being brought to light because of Social Media. What he does find unusual is, most reports of blue-hued fish came from Canada.

Over the past six years, Doctor Schaefer has been acquiring information about Blue Walleye from waters near the towns of Ear Falls and Armstrong Ontario. Researchers were hopeful Canadian Walleyes were remnants of an extinct species of Blue Walleye known to be in Lake Erie, which vanished in the 1950s. Unfortunately, genetic testing proved otherwise. The protein that causes this blue coloration has never been identified in the natural world.

Dr. Schaefer goes on to say, “It appears to be more prevalent and it is showing up farther south. I have found rather small amounts of this blue pigment on several of the Lake Winnibigoshish Perch he has landed. He assumes it could be something particularly important to science which we do not understand. But what is the source?”

Much similar analysis can be attributed to the Blue Pike and other fish species affected by this quirk of nature.

The Science Behind Fish Turning Blue

My suggestion on this matter is that we should concentrate on the chemical analysis of the water. Notice how these fish seem to be affected on the most sensitive areas of their body (mouths, fins, and lateral lines)

In chemistry, pH denoting ‘“potential of Hydrogen” or “power of Hydrogen” is a scale used to identify the acidity or basicity of many water solutions. Acidic solutions (solutions with a higher concentration of H+ ions) are measured to have lower pH values than Alkaline solutions.

Similarly, Wet Litmus Paper can also be used to test for water-soluble gases that affect acidity or alkalinity. The gas is dissolved in water and the resulting solution colours the litmus paper. For example, ammonia gas, which is alkaline, turns the red litmus paper blue.

Red Litmus contains a somewhat weak diprotic acid. When it is exposed to a basic compound, the Hydrogen Ions react with the additional base. The conjugate base in this instance, formed from the litmus acid, has a blue colour, so the wet red litmus paper turns blue in alkaline solution. It’s all a matter of simple high school science.

Litmus can be found in different species of lichens. A lichen is a composite organism that arises from algae living among filaments of multiple fungi. Lichens occur from sea level to high alpine elevations.

The Verdict Is In

All of this could explain the Blue Walleye, the Neon Pike, and the Blue Perch phenomenon, including the various abnormal colouration of other fish. I first suspected a “Litmus Based Test” for water quality could rightly be associated with the chemical makeup and reaction between the fish and its environment. A so-called barometer, indicative of the overall health of our ecosystem.

Since we as a planet of humanoids are known to be a product of our environment, should we also make a similar assumption about the animal kingdom around us?

As I said at the beginning, “I love a good debate.”

Calvin, a former Sonarman in the Royal Canadian Navy, always had an inquisitive interest in discovering the inner workings of knowledge. Through reasoning and time-consuming investigative processes, it has opened a universe of information to him on all subject matters of concern, including the aquatic world we know as fishing. Applying the system of assembling the tiny pieces of data he refers to as the “Jigsaw Puzzle Phenomenon”, Calvin is able to form a more comprehensive picture. Passing along his completed portrait of facts and statistics to others is the final test of his ingenuity.
More by Calvin Pennell