Is Perch Good To Eat? – From the Lake to the Plate 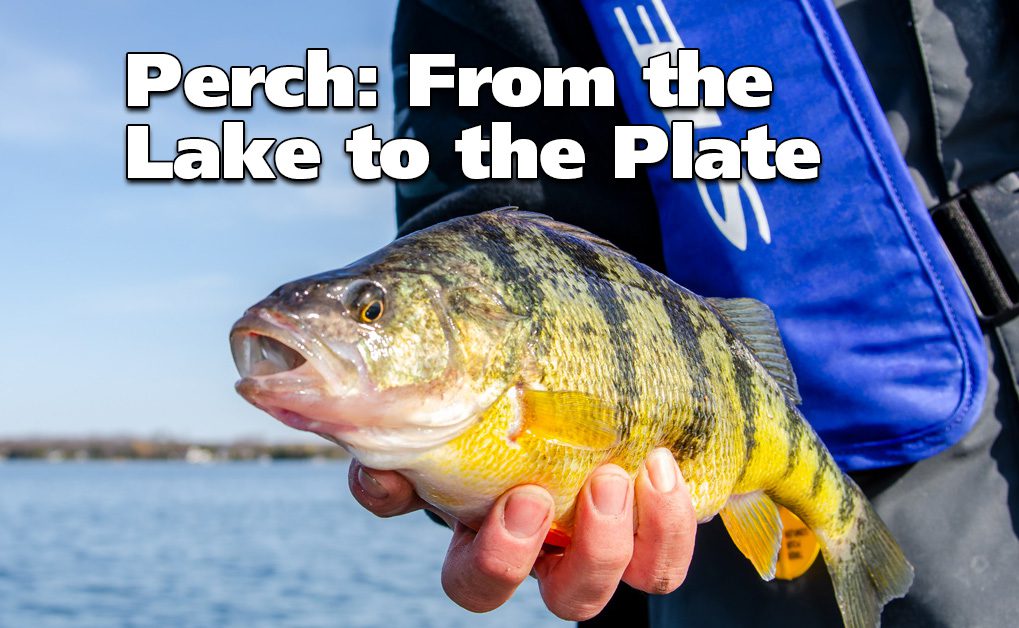 I think there’s a great misconception out there that Ang and I release “all” our fish. Before I even came on board here at Fish’n Canada, Angelo and Reno came up with the phrase “Catch Your Limit, But Limit Your Catch.” These two then relatively-unknown brothers in the fishing world were already heavily preaching the catch and release philosophy (and kudos to them for it).

Through time, as the three of us grew, so did our concept of throwing back a lot of fish. We released pretty much every fish we filmed for a television episode. Reno would even famously give them a kiss goodbye.

Well, Fish’n Canada fans, if the truth be known (to those not in the know), I do keep the odd fish for consumption and I’m not afraid to say so. It’s all about the type of fish I keep.

Is Perch Good To Eat?

Perch is GREAT to eat. Hands down, my favourite fish meat is the white, flaky variety and Perch falls into that variety. This category also includes Walleye, Pike, Crappie, Sunfish, and even Rock Bass in the freshwater world. Also Striped Bass, Halibut, Sea Bass (the small ones from the West Coast), and most of the groundfish in the Pacific. That said, I do love an occasional feed of small Trout or wild B.C. Salmon. Throw some smoked Whitefish in front of me and watch me go! Sushi? It’s game on again. Fish tastes good and it’s healthy.

Which brings me to this blog. It’s all about the Perch family and, in particular, Yellow Perch and Walleye (yes, Walleye are a “Perch”).

It’s been a while since I’ve written about panfish, so this will be fun.

Since this crazy pandemic has hit us all square in the face, my early-season fishing has been nothing but a notion until recently. On my first panfish adventure, I took my wife out for Crappie on Rice Lake in Ontario and we had a mediocre day at best. I believe the fish were there. However, the north wind was pounding on us, making it extremely uncomfortable. Not good conditions to take your spouse out.

My most recent trip was on the Bay of Quinte—again in Ontario—with Perch and Walleye in mind. Perch are a great backup fish if the Walleye aren’t on the bite.

My first stop was a Walleye flat in about 15-20 feet of water. The beauty of a flat is the fish are easy to see and mark on electronics. I did one north-to-south trolling motor pass and only saw one small fish and didn’t catch it. My second spot was a small rock/weed area that “on paper” should’ve been good for anything that swims. Very fishy looking—in a good way.

It didn’t take long to pop a couple of Walleye, a great three-pounder and a little eater. Both were on jigs and plastics using my early-season jigging techniques. With the spot being so small, however, things shut down rather quickly. On to my next idea…

Again, this was another Walleye spot that normally works from about mid-June and into the summer. Upon arrival, though, I intuitively knew that it wasn’t ready yet. The water was too cold and clear (lack of weeds and floating particles, general colour, etc.). The water temperature was an unbelievable 15 degrees Fahrenheit colder than my first spot. Ouch!

The beauty of this area, however, is I know a Perch spot is pretty much right there!